( Movie image from Amazon.com in which I am an affiliate, click on the image to be taken to the movie for purchase. )

I have memories of my dad always watching western movies when we were younger. We would often watch them (most times though we would fall asleep on the floor watching). I was recently asked to review the movie True Grit. I didn’t get to catch this re-make in theaters but I was excited to watch it. When this movie first came out I already knew it by it’s name, I know my dad really enjoyed the original with John Wayne. I don’t get to see my dad often but I thought this would be a good opportunity to have him come over and watch it. I even thought of how I could make this into a themed movie night. As you probably know, I love themed movie nights. It’s a frugal way to have fun with the whole family!

When I asked my dad to come over and watch this with me, his initial response was “that movie doesn’t even hold a flame to the original”. Oh really I said? He had already seen it in the theaters and so he already had opinions on it but wanted to still come over and have dinner and watch it. I rented the movie from Redbox and shopped for our dinner items at Walmart.

The Movie:
I am not usually too impressed with remakes, especially that were originally filmed with Epic Actors like John Wayne. I also dislike how when they re-make a movie they try to do it in modern times. However, this movie still remained in it’s Western time frame and I don’t remember too much from this original movie because it was a long long time ago. In this movie is Jeff Bridges who plays Rooster, Matt Damon who plays Texas Ranger LaBouef and Hailee Steinfeld who plays Mattie Ross. The movie starts with 14 year old Mattie seeking revenge on the man who killed her father. She seeks out a Marshall who she knows will get the revenge she wants. She ends up hiring a rather intoxicated Rooster Cogburn and they set out on the hunt for Chaney in the Indian territory. Along their journey they find trouble with outlaws which is where the action comes in. I am not going to into it farther because that would give the movie away!

Here is what I liked about the movie: I thought the acting was pretty good. I liked Jeff Bridge’s character portrayal I don’t think I have seen Hallie in any other movies but I thought she did a great job at portraying the smart and sassy 14 year old in the movie. I liked that this movie was a drama with action mixed in. I think if you watch this movie solely hoping for action, you may be disappointed. I also liked that it was a Western because they don’t make Western movies anymore (well for the most part)..

My dislikes: There is a part in the movie where Matt Damon’s charectar “spanks” 14 year old Mattie. Now I have no doubt that this is how they did things back in the Western days but today, it’s creepy! I didn’t care for that scene at all. While I know no animals were harmed, I always have a hard time watching animals “struggle” in movies.

Dad’s Review: Originally he wasn’t impressed in the movie theater and he said that was probably because he was expecting it to be a duplicate of the original. However, when he watched it this round he said he really liked it. He said the scenery in the first movie was better but that was only because they didn’t film it in the state it was portrayed in the movie, they filmed it in Colorado. He enjoyed the “dialogue” in this movie better because he said that according to his grandparents stories, this is actually how they spoke in the “Western” times. He said in the original they didn’t talk like that. Dad says “See it”. I’ll also add in, it takes a lot to impress my dad so if he liked the re-make, you will too.

You can watch a trailer and learn more about the movie here: http://www.truegritmovie.com/

I shopped at Walmart and got ConAgra products like Reddi-Wip, Van Camps Pork and Beans, National Hebrew Hotdogs and I picked up some vegetables and steak. 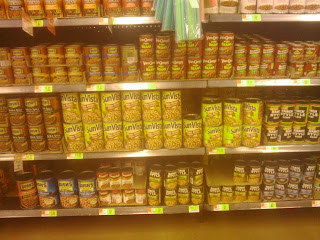 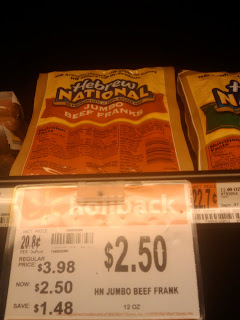 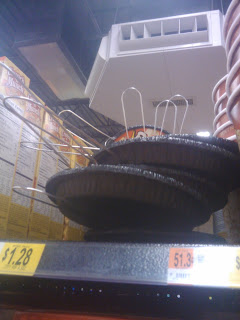 I was excited to get some Jiffy Pop to cook but once I got it home, I discovered it wouldn’t work with our stove 🙁 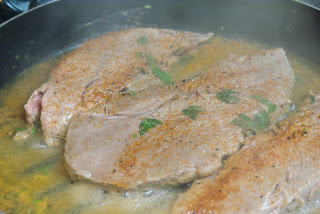 This Steak I broiled inside with herbs fresh from our garden and a rub with garlic, dried onion and Morton Season Salt. 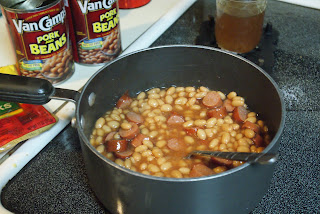 For the beans i added the hot dogs, a little bit of brown sugar and 1/8 cup of honey. The honey I will have to say is made from my dad’s bees and it is delicious! 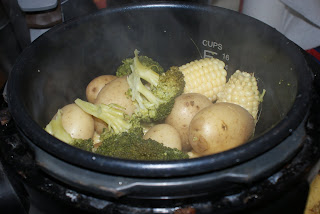 For the cornbread I just used a mix from Smart and Final that I had on hand and added bell peppers from our garden along with a little bit of honey. 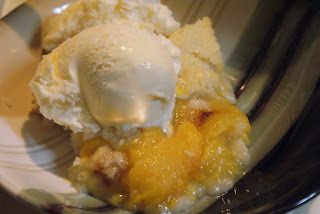 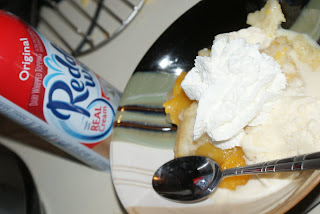 Topped with Reddi – Wip, it made a great end to movie night!

This post was sponsored in part with an insight study with CollectiveBias. All opinions are my own.